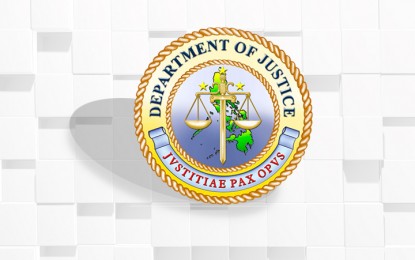 MANILA – The Department of Justice (DOJ) on Tuesday assured prompt investigation into a high-profile case being tackled by the agency and the Philippine National Police (PNP).

DOJ Secretary Menardo Guevarra made the assurance on the ongoing investigation into the death of artist Bree Jonson and the subsequent arrest and release of Julian Ongpin, the 29-year-old son of billionaire Roberto Ongpin, on Saturday.

The 30-year-old Jonson was found unconscious while Ongpin was arrested – but eventually released — after cocaine was found inside their room in a resort in San Juan, La Union

“From my end, I just want to assure everyone that this matter will be investigated thoroughly to find out the truth and to ensure that justice will be done,” Guevarra told the media via text message.

He said Prosecutor General Benedicto Malcontento will issue updates on the case.

Guevarra added they have yet to receive a copy of a supposed request from Jonson’s family to place Ongpin in the immigration lookout bulletin order.

PNP chief, Gen. Guillermo Eleazar, has ordered Police Regional Office 1 Director, Brig. Gen Emmanuel Peralta, to look into all the circumstances that led to the death of Jonson, who hails from Davao.