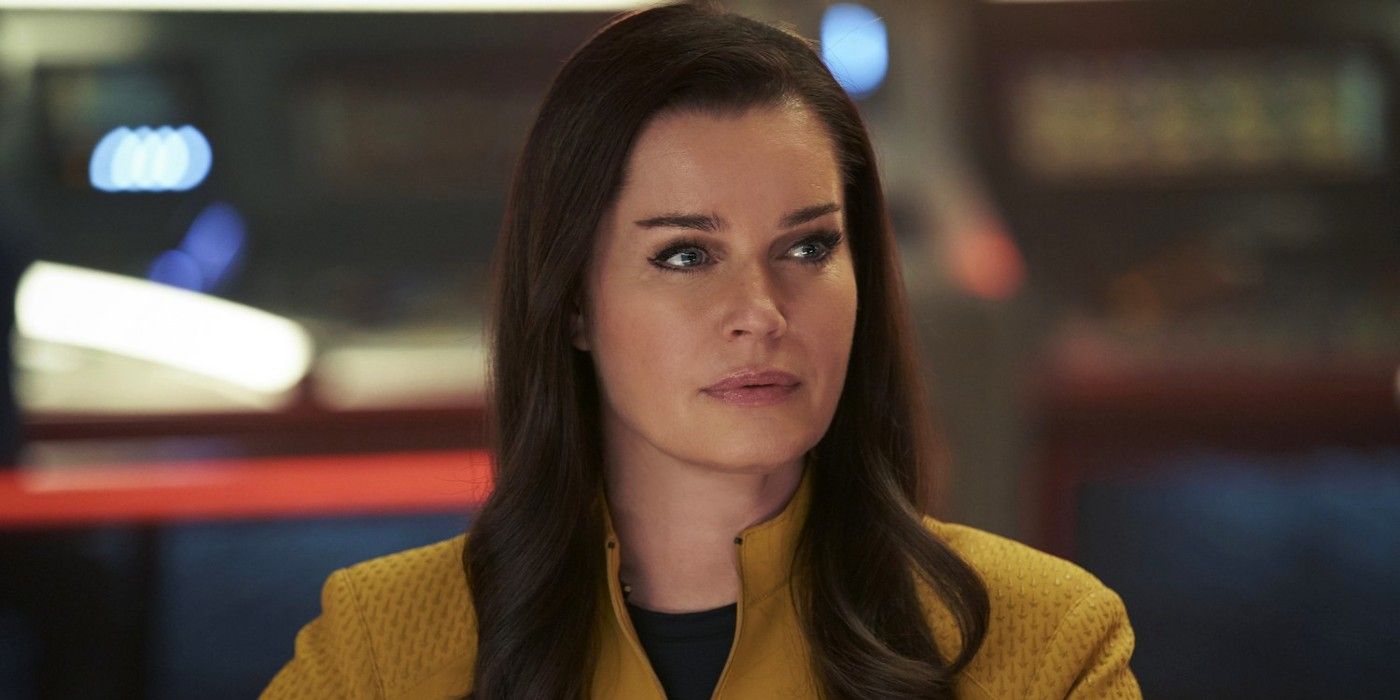 Star Trek: Strange New Worlds star Rebecca Romijn shares an image of her father-in-law assisting to promote the best of the Paramount+ series.

Star Trek: Strange New Worlds star Rebecca Romijn’s father-in-law assisted to get the word out about the best of the Paramount+ series.

Romijn shared an image on Twitter of her father-in-law standing beside a train ad for Star Trek: Strange New Worlds. “This is my father-in-law,” she composed. “He stood in this subway station for three hours and told anyone who passed that [Strange New Worlds] starts NEXT Thurs and his daughter-in-law serves on THE Enterprise.”

Odd New Worlds is both a spinoff of Star Trek: Discovery and a prequel to Star Trek: The Original Series, based upon the years that Captain Christopher Pike helmed the USS Business prior to James T. Kirk took his seat in the captain’s chair. Paul Wesley will sign up with the series in Season 2 as Captain Kirk. This will make Wesley the 3rd star to play Captain Kirk, a function stemmed by William Shatner in the 1960s with Star Trek: The Original Series. Chris Pine then handled the function for the 2009 Star Trek movie and its subsequent follows up.

Anson Mount repeated his function as Captain Pike from Star Trek: Discovery, in addition to co-stars Romijn as Primary and Ethan Peck as Mr. Spock. Star Trek: Strange New Worlds premiered on Paramount+ in Might and has actually currently been restored for a 2nd season, which is presently in production in Toronto.